Xuan Huong lake was voted as one of the top 10 most beautiful lakes in Vietnam. With such an amazing geographical location – located right in the center of Dalat. This is maybe the very first destination that tourists will see when enter the flower city. So, let’s follow Hoa Dalat Travel to find out more about this special place. 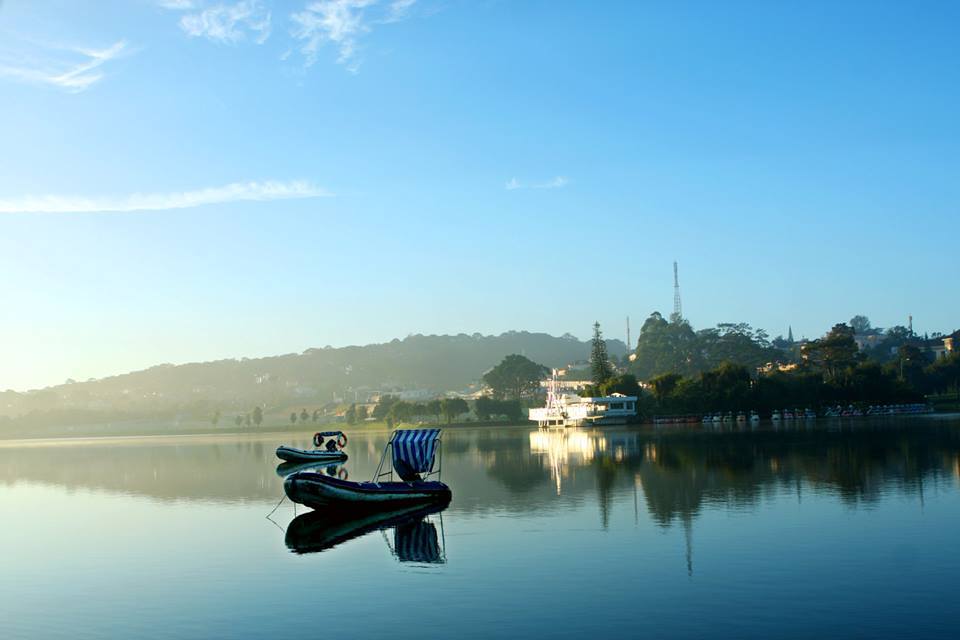 Xuan Huong Lake is one of the hottest tourist attractions in Dalat of the year. This place’s been likened as the heart of the city. And if anyone ever tell you that they’ve been to Dalat before but never heard of this lake. Then that person must be lying to you, don’t buy that story anyway. 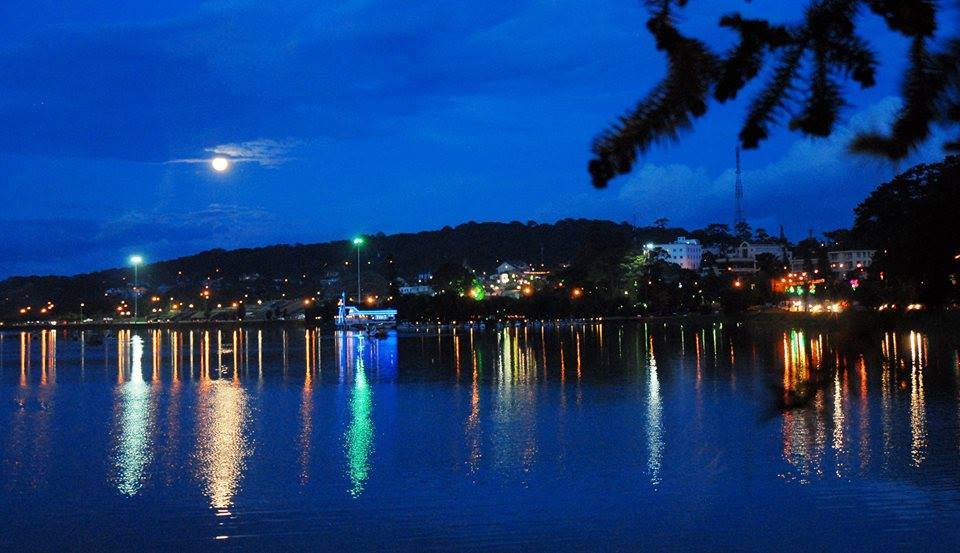 How long is Xuan Huong lake?

Xuan Huong Lake and Tuyen Lam Lake are the two biggest and favorite in Dalat city. With an acreage of over 25 ha and over 5km in length, surrounded by dozens of coffee shops, restaurants, hotels, supermarkets and so on. This place is truly an ideal destination for those who need a romantic and equally bustling. 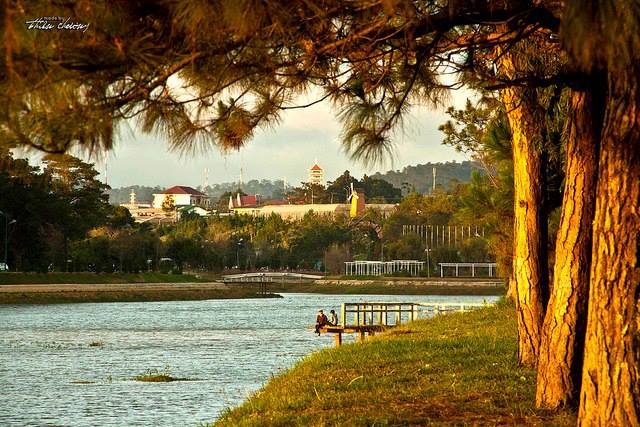 There are historical records that at the beginning, this place was created by the flow of Cam Ly waterfall and formed a stream. This was a place that gathered all the festive activities of the Lach people at that time. Following that in 1919, at the initiative of the Ambassador Cunhac. Labbé engineer conducted the work to block the stream and make the dam.

Following that project, from Thuy Ta restaurant to the crossroads of the roads: Ba Huyen Thanh Quan, Nguyen Thai Hoc, Bui Thi Xuan and Dinh Tien Hoang had been formed a large lake. The French named this lake “Grand Lac” (large lake). By 1953, the Grand Lac was renamed Xuan Huong. On November 6, 1988 this site was listed as a national landscape.

Origin of the name Xuan Huong

In the 19th century, at this time there was a very famous Nom poet named Hồ Xuân Hương. Perhaps because they want to praise the contribution of a pure Vietnamese Nom poet. So they renamed the name of the lake as Hồ Xuân Hương (Xuan Huong lake). 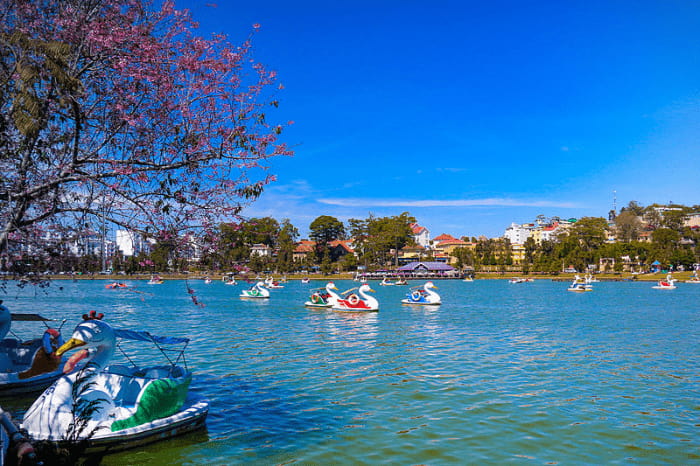 Below are some of the tourist attractions close to Xuan Huong lake:

This place gathers many beautiful flowers from countries around the world. This site is located at the end of Xuan Huong Lake and I think this is an ideal destination for flowers lovers. 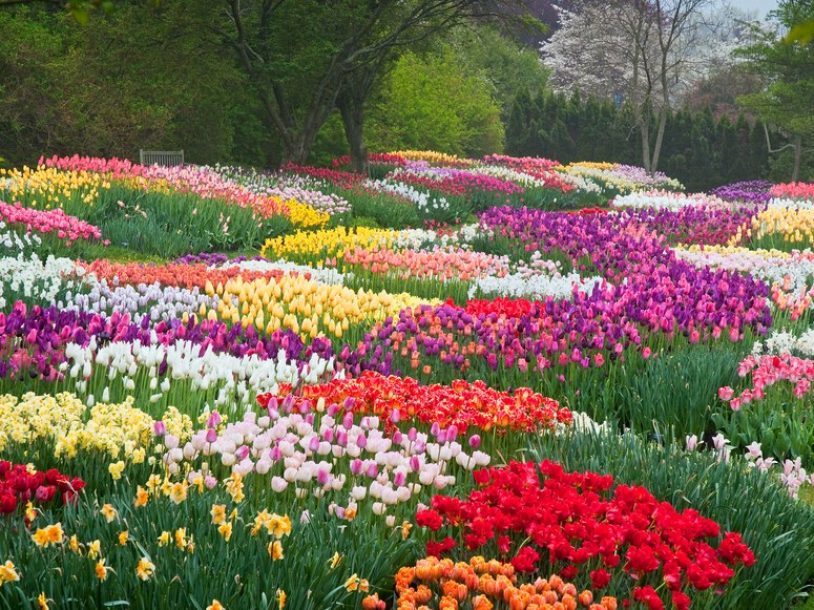 One of the must – go destinations! If you want to buy stuffs for your travel or buy gifts for someone. Just come here and you will find anything you need. 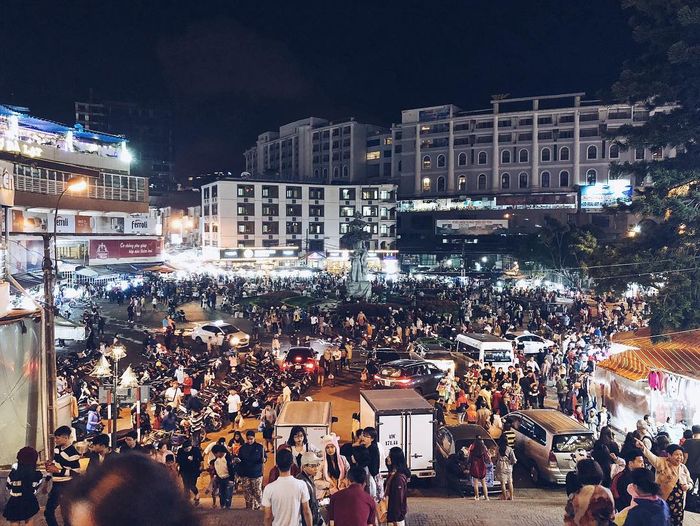 This place was built by the French and named “La Grenouillère”. Later this place was  renamed to ‘Thuy Ta’. With the wide corridor design on the surface of the lake, nothing better than take a sip of coffee and talking to your sweetheart. I highly recommend you come here at night to admire the true beauty of the flower city. 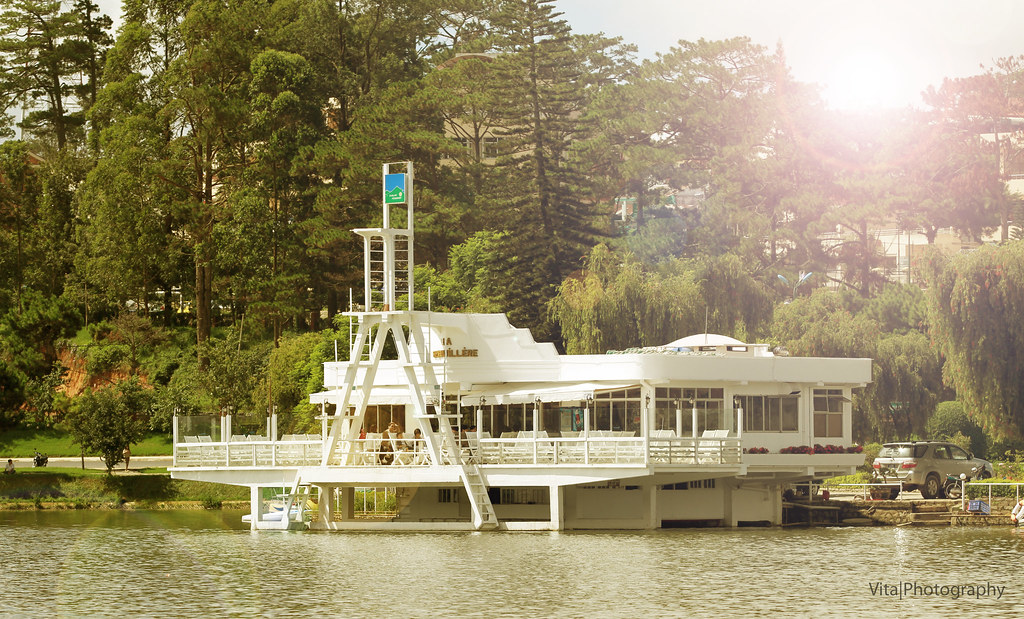 If you are a big fan of virtual living, then you must definitely come here. This restaurant has one of the best sceneries to the lake, besides the food and drinks are outstanding. Next time if you plan to come here, remember put this place on the top of your destinations list.

If you need a tranquil destination to avoid the bustling city center – here we go. A purple house in the middle of the lake, just order your drink and admire the city scenery! 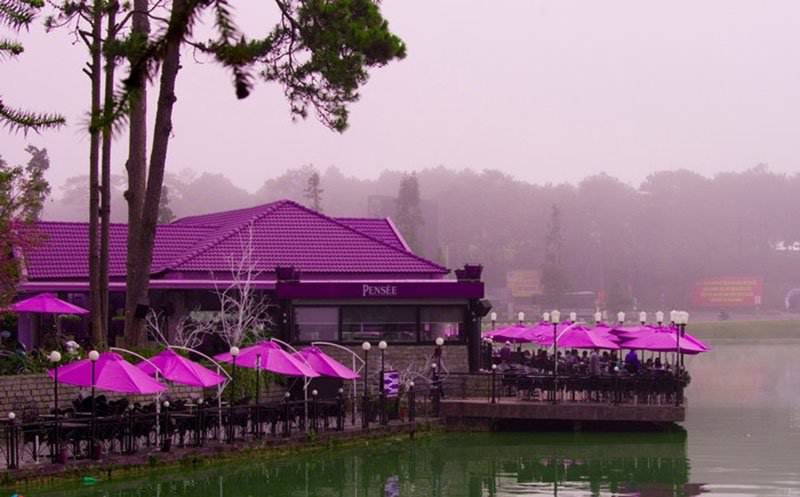 Located opposite to Xuan Huong lake, this place is also a symbol of Dalat city. When you come here, the first thing you notice will be the two giant sunflower and artichoke bud. At night, invite your companions here to admire the city as well as take some photos or enjoy the street food. 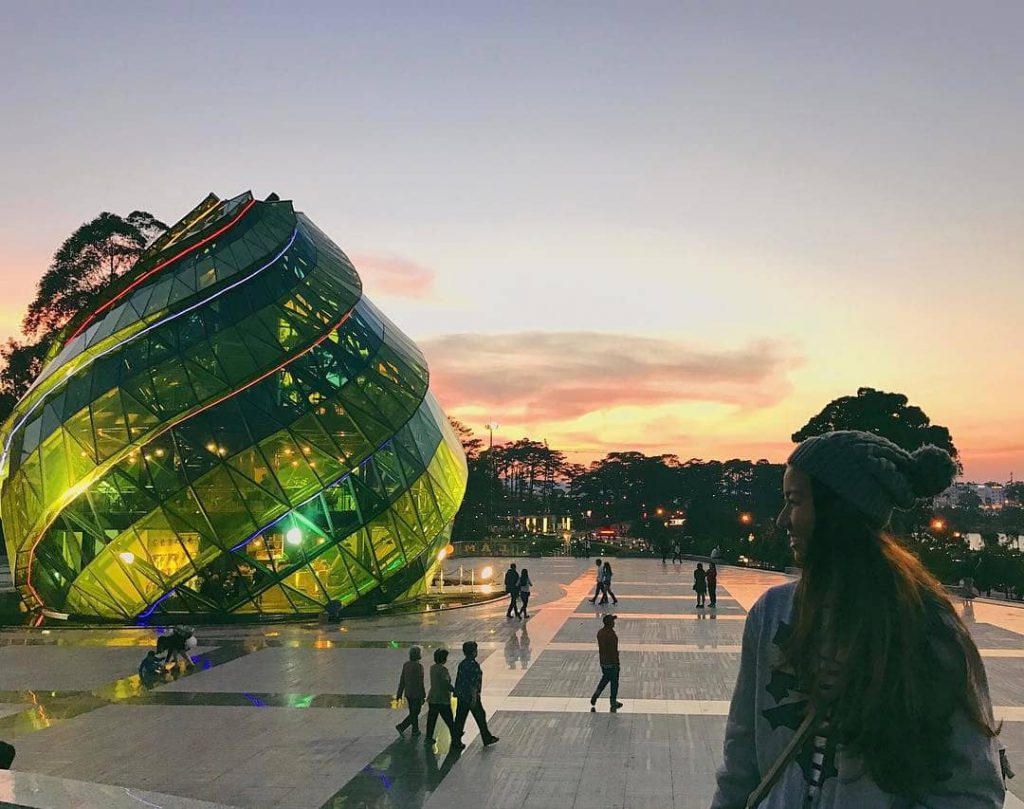 One more thing, there is a park named Yersin park next to the square. So after the square you can come here to take pictures and eating snacks as well.

This location is located next to Dalat flower park. If you want to try golf, you can come here and play.

What to do at Xuan Huong lake?

Besides take a walk along the lake bank, you can also hire a tandem bicycle or book a horse carriage ride. Nothing’s better than spend your time with your soulmate at one of the most beautiful and romantic destinations right? 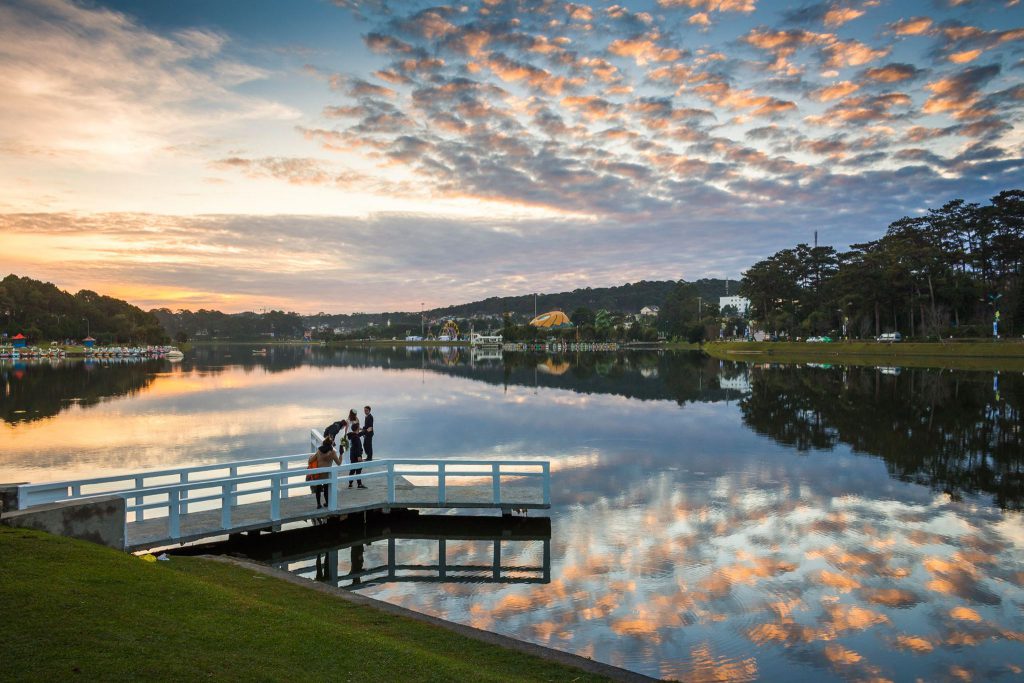 The most interesting and impressive service is probably pedaling a duck boat around the lake. While pedaling you can also talking, taking photos or just as simple as enjoy the moment next to him/her!

Pedaling a duck boat around the Lake

The price to hire a duck boat is just 30.000 VND / hour. The address to rent one is on the crossroads of Dinh Tien Hoan and Tran Quoc Toan street. Just 30.000 for an hour next to your sweetheart, why not? 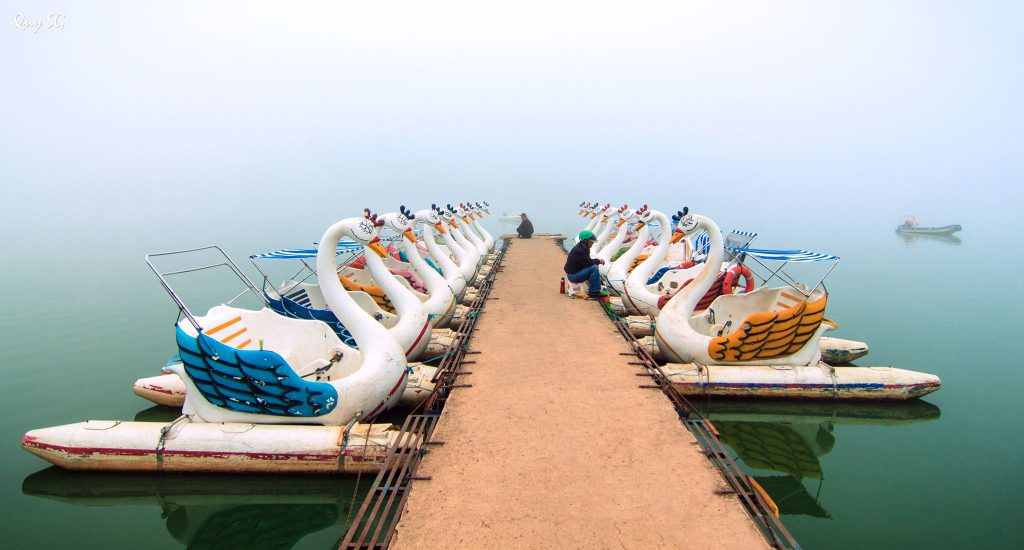 A horse carriage ride around the lake

If walking around the lake is something to much, you can book a ride to admire the city. If you want to know the feeling of the royals sitting on a carriage, just give it a try. 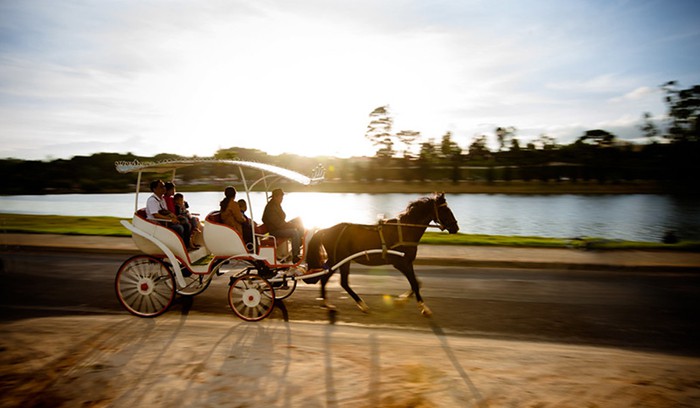 Riding a tandem bicycle around the lake

Just two of you riding a bike and talking to each other as well as enjoy the fresh air of Dalat city. Are there any thing more romantic than it? 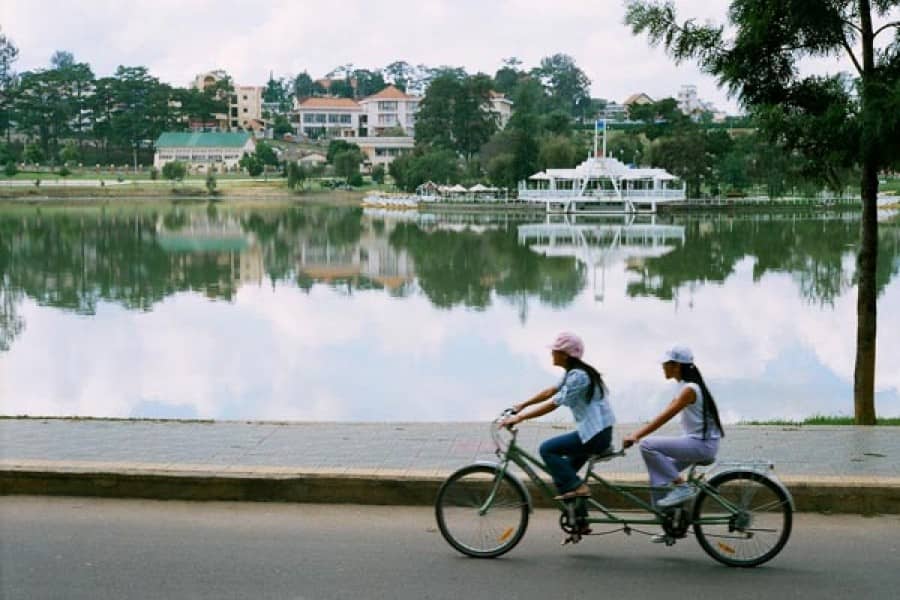 If you notice, you can see around the lake there are many empty grass fields. You can join your friends for a small party right on the lake bank. Please don’t forget clean up before leaving. 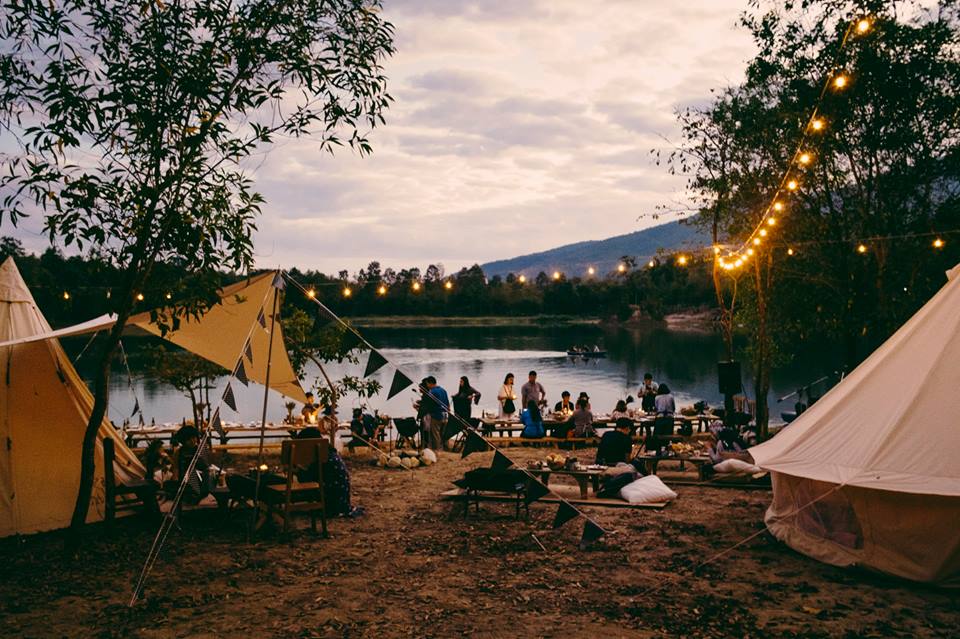 Below is a map of Xuan Huong Lake in Dalat. You can refer to the map image we provide below.

Here are some reviews of travelers on Google: 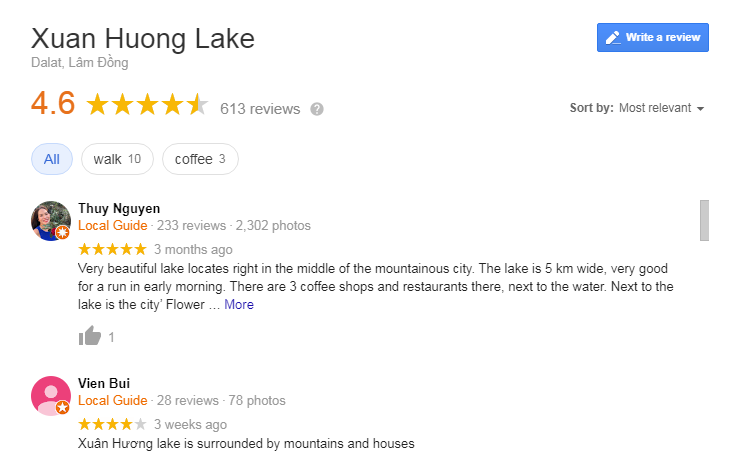 Here are some photos of the lake captured by tourists: 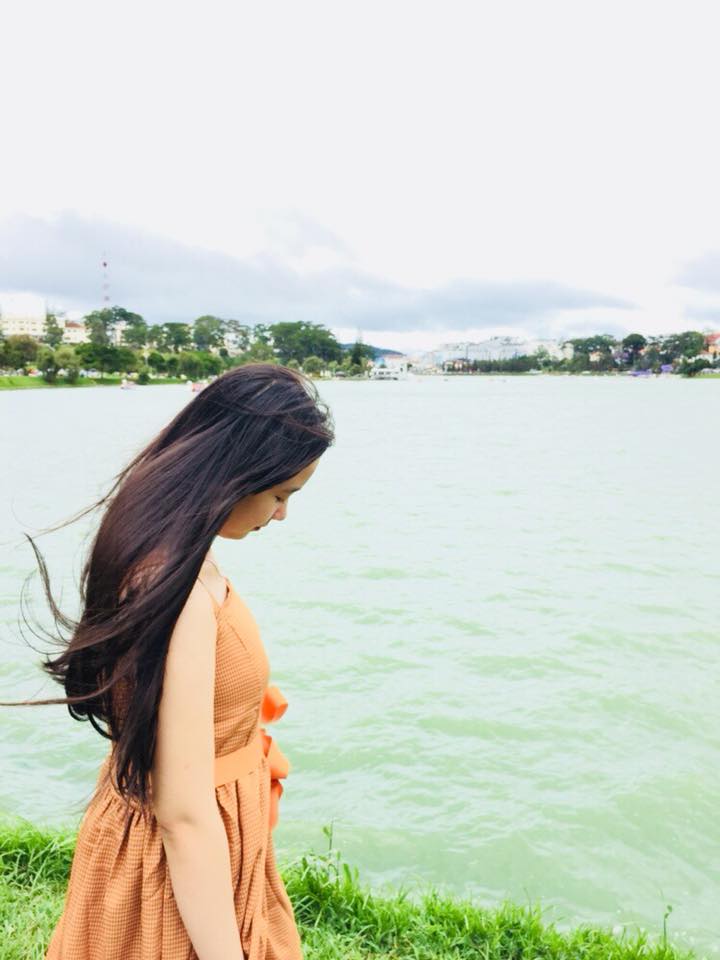 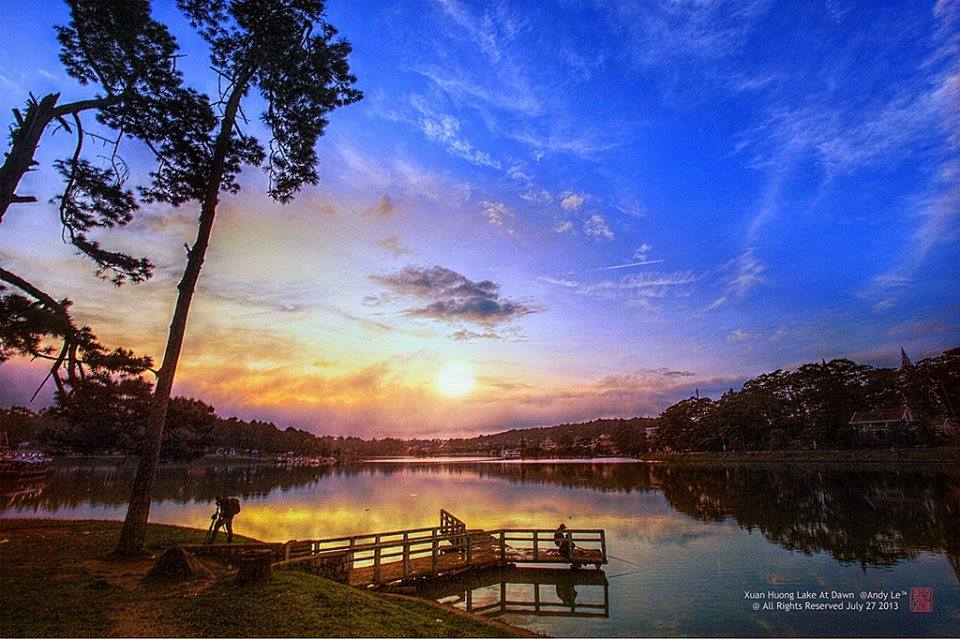 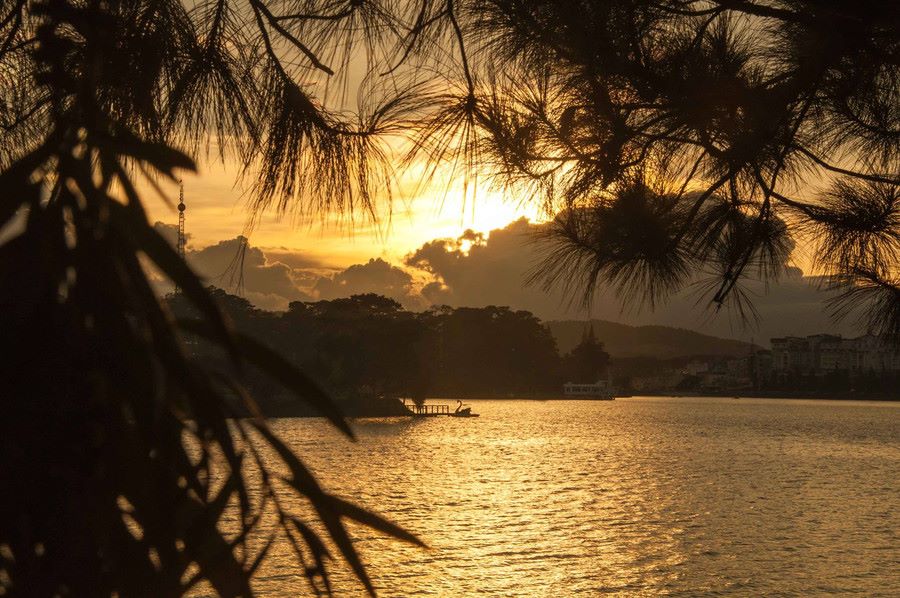 Finally, Hoa Dalat Travel would like to wish you a very fulfilling and happy trip to Dalat city. If you have any questions, you can leave a comment in the comment section below. Thank you for your interest in our article about Xuan Huong Lake.