Dalat is a city with cool climate all year round, along with outstanding flowers, fruits as well as tourist attractions. This place is  a truly tourism-paradise,  therefore, King Bao Dai has chosen this land to build three luxurious palaces. In the threes, King palace 1 Dalat or Bao Dai Palace 1 is the most prominent villa. If you are a big fan of history and architechture, this is definitely a destination that you can not miss. 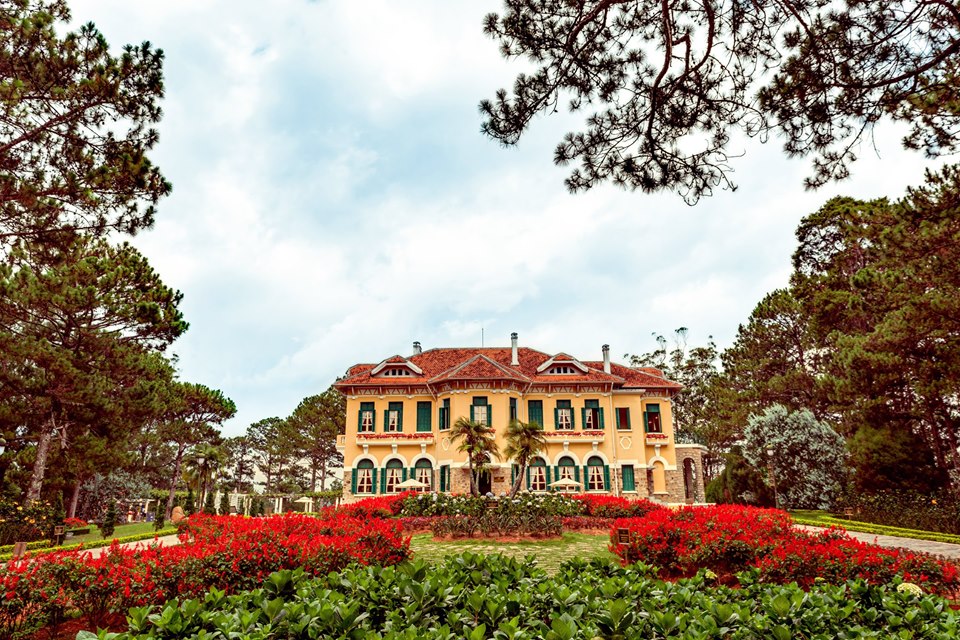 King Palace I  is one of the top 10 tourist attractions in Dalat city. So what makes this palace so special? Let’s follow Hoa Dalat Travel to find out. 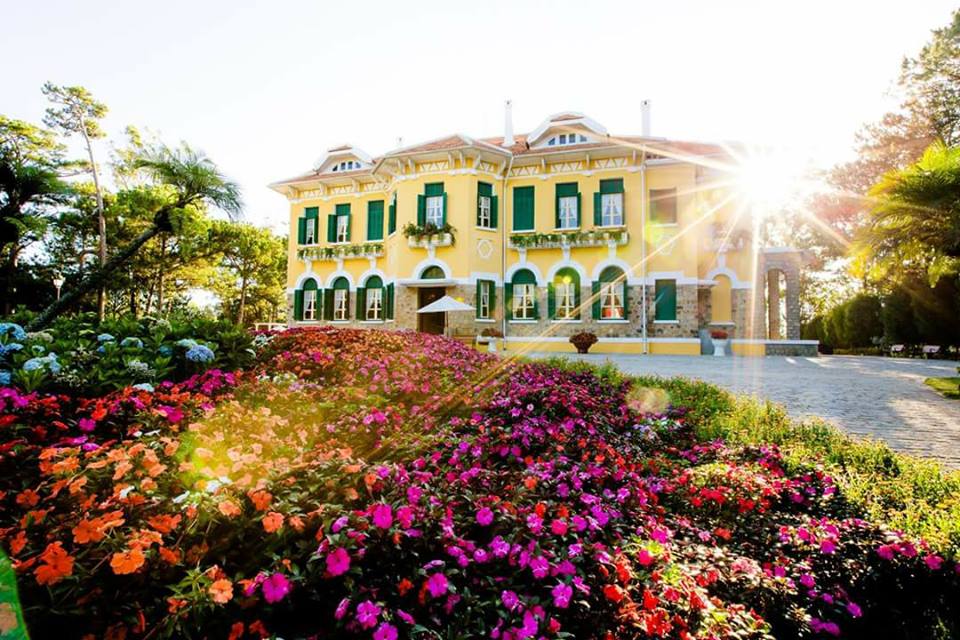 The palace in the morning – Source: du-lich-da-lat

Who built King Palace I?

The person who built the palace is Robert Clément Bourgery. He is a French millionaire who built this palace in 1940.

According to researcher Le Phi, after this place was built. The owner of this villa sold it to a Frenchman. At that time, Bao Dai’s father-in-law provided financial assistance for the acquisition of King Palace in 1949. The father-in-law of King Dai Dai was the Duke Nguyen Huu Hao. Later, King Bao Dai used this place as the workplace during his time as Head of State from 1949 to 1954. 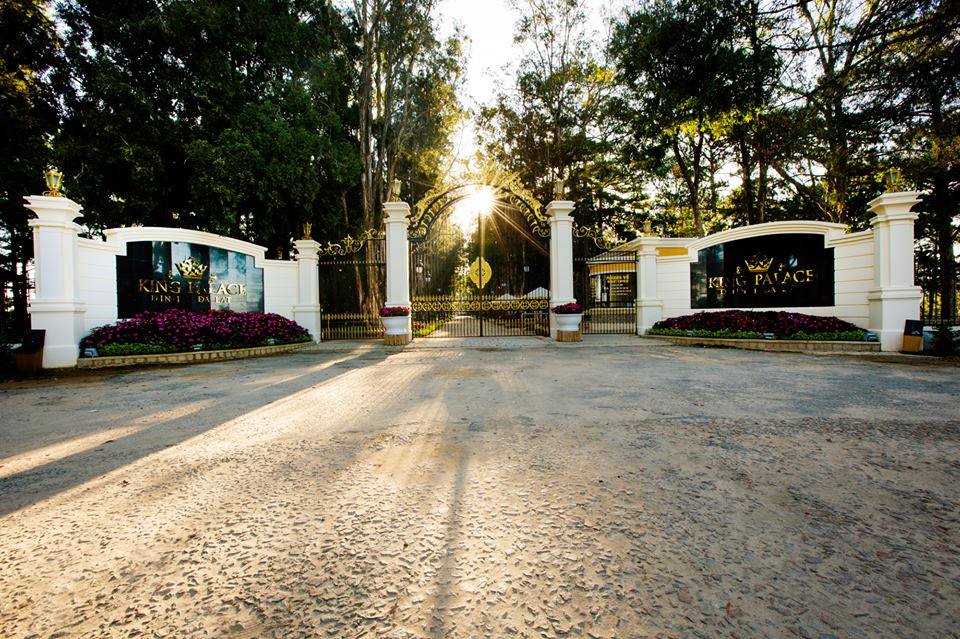 King palace and its ups and downs in history

If you are a culture lover and keen on learn about architecture. Then King Palace 1 is a place that you cannot miss. This palace brings a unique architecture and eye-catching style of classical French architecture. 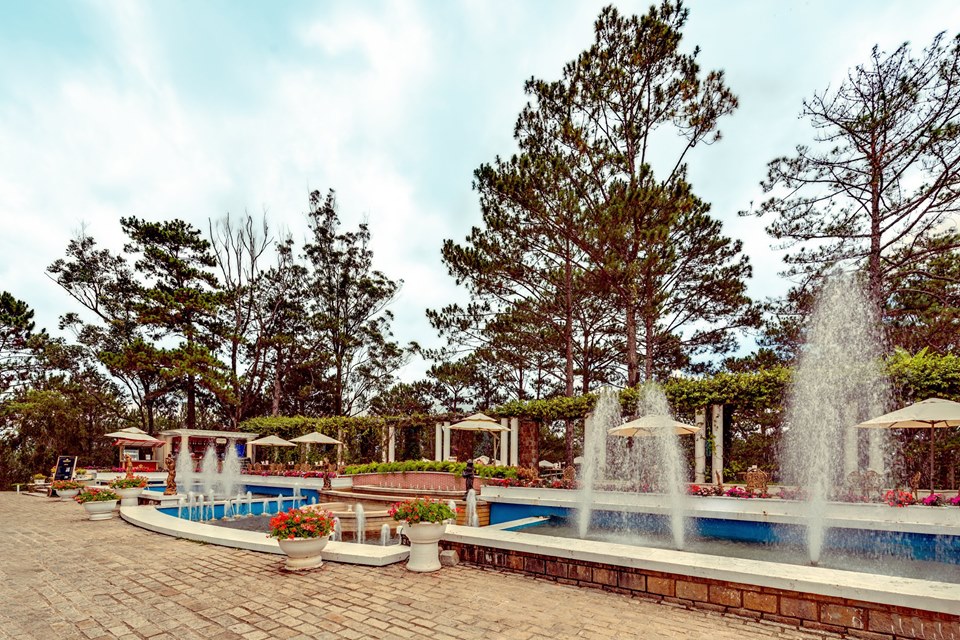 Later when King Bao Dai renovated the Palace, he discovered a fairly large  tunnel. This tunnel is up to 4km long. The special thing is that this tunnel connects to Palace 2 by the branches of tunnel No. 11, 16, 18, 26, etc.

This tunnel was dug by the Japanese at the time of the coup d’état. They built this tunnel with the intention of capturing French officers in the Governor General’s palace and the villas surrounding the Palace at that time. When they explored this tunnel, King Bao Dai ordered all the people to keep the secret about the discovery of this tunnel. 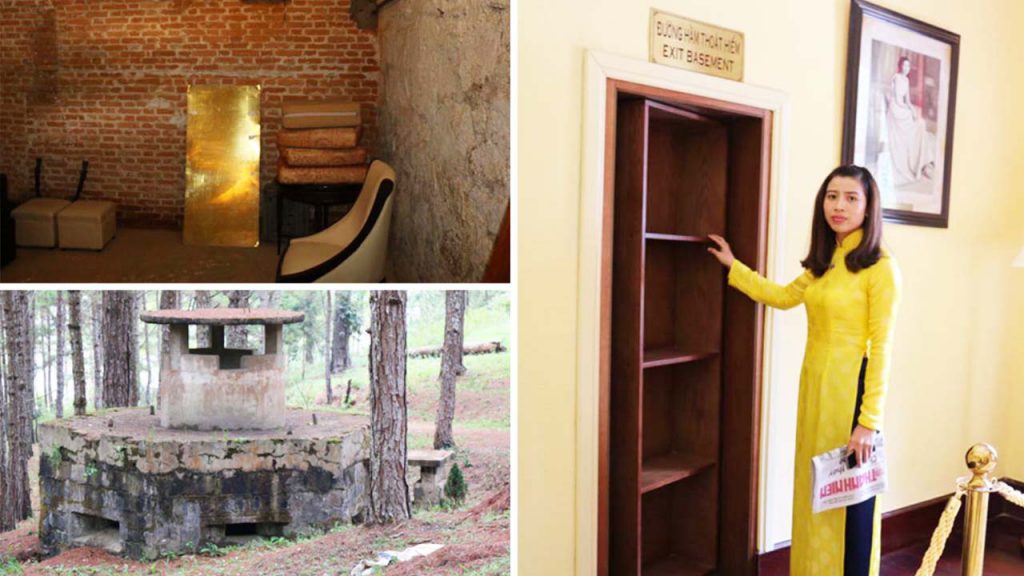 It was not until 1965 when the administration of Ngo Dinh Diem reused this tunnel as a separate path for the President. Until the end of Ngo Dinh Diem government, King Palace 1 was still used as a reception and vacation place for the heads of state of the former regime at that time. After being liberated, this place is used for many different purposes. That is why it is seriously degraded.

The revival of King Palace 1 Dalat 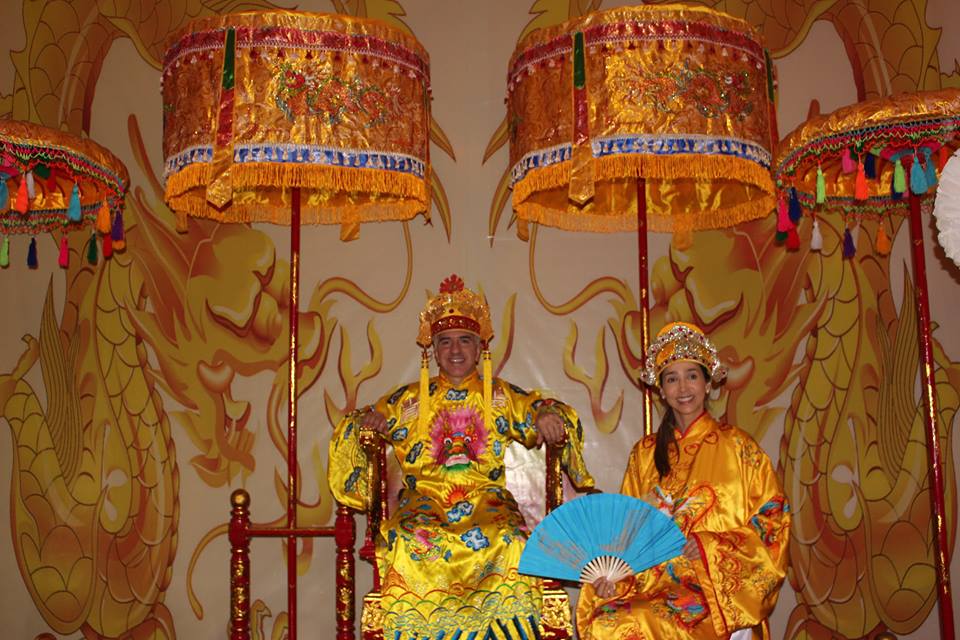 Seeing the huge potential for tourism development at King palace 1 Dalat . That’s why in 2014 Dalat City Housing Management Center has assigned to Hoan Cau Joint Stock Company for repair and restoration to its original condition to serve tourism.

The process of restoring Palace 1 takes a lot of time as well as difficulties and money. Finally, King Palace 1 has survived and revived. It looked like a beauty sleeping in the middle of the green forest is awakened again. 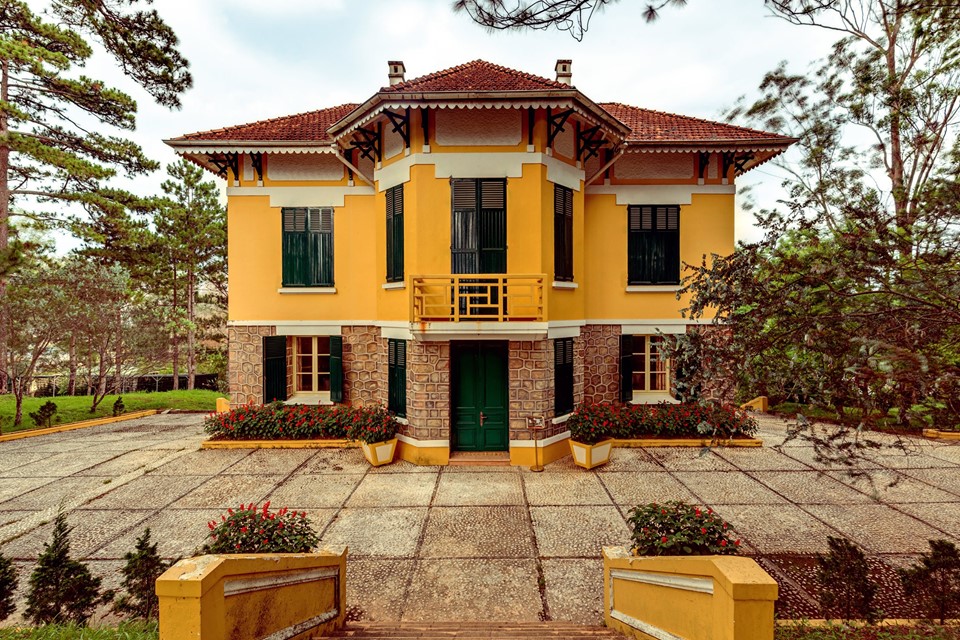 Palace 1 Dalat has an ancient French architecture. This place has recreated a glorious, magnificent and difficulties lifetime of King Bao Dai. A king associated with the number 13, the last king of Vietnam under the feudal regime.

Where is King palace 1?

Palace 1 of King Bao Dai is located on a 1550 meters above sea level high hill. Located on Tran Quang Dieu street, ward 10, Dalat city. Most of the space of the palace is surrounded by immense pine forest canopies. 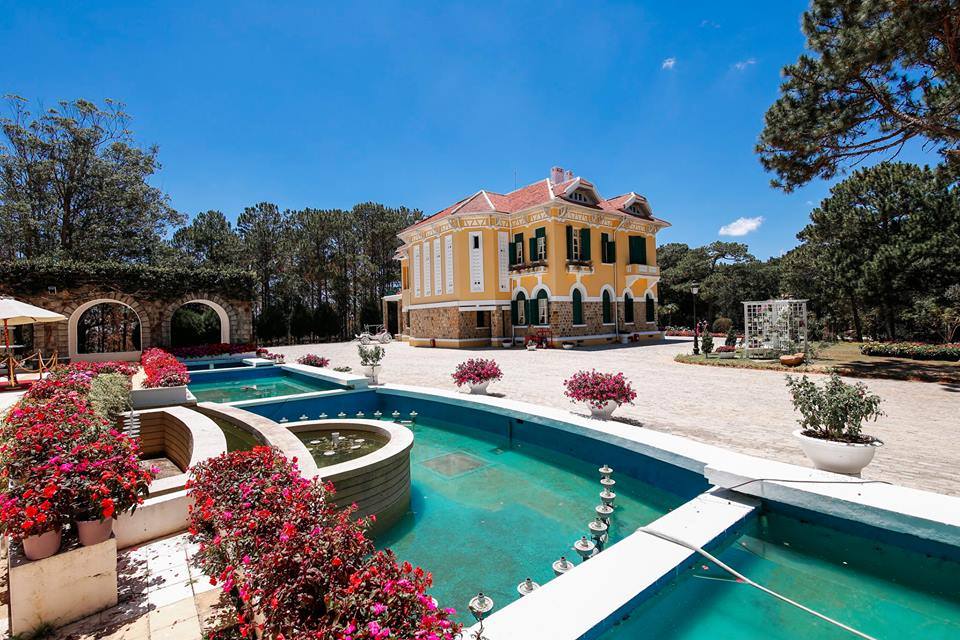 King Palace 1 is located about 4 km from the center of Dalat city. It has an acreage of ​​about 60 hectares. This is truly an ideal tourist destination for your family.

If visitors come from Dalat market, you should move to the roundabout at the beginning of the Dalat Pass. Then take a turn at Tran Hung Dao street. Keep driving until you see the next roundabout. Pick Hung Vuong street and keep driving around 1km. You’ll get to the palace.

Below is King Palace 1 on google maps:

There are many military constructions as well as outstanding miniatures inside this mansion. Let’s follow us to explore all of it one-by-one.

The campus is very spacious and beautiful

Standing right in the middle of vast pine forest is a majestic yellow castle – King Palace. This mansion was restored and repainted exactly with the original color. In front of the palace is a fairly large flower garden where visitors can freely do photo shoot or just take walk and chatting with your companions. 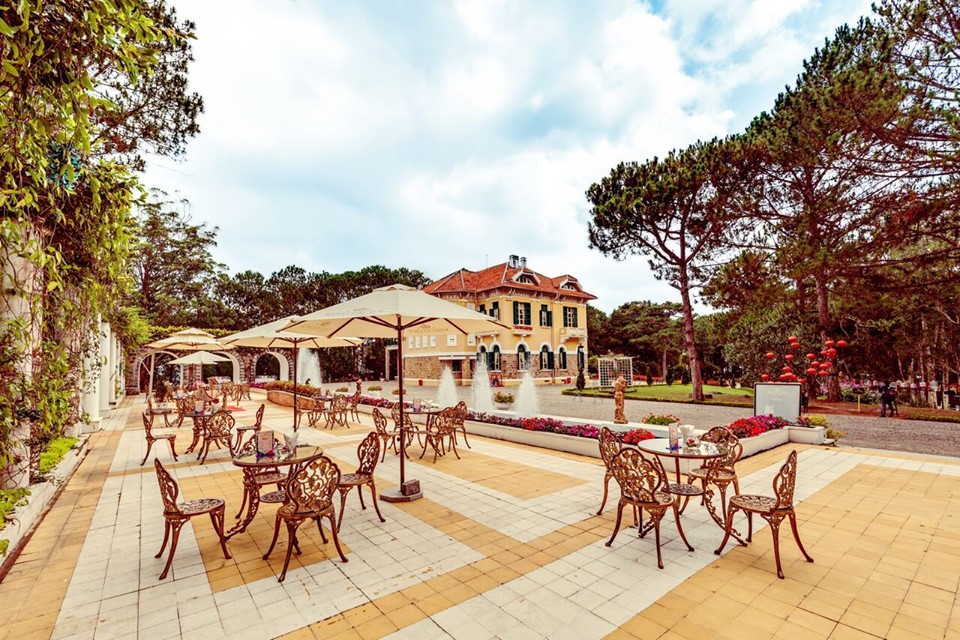 The campus is very spacious and beautiful – Source: du-lich-da-lat

It can be said that the most important room in the king’s palace is the room located on the 2nd floor of the Palace. This room specializes in holding important meetings under the reign of King Bao Dai from 1949 to 1954. It is also the place where leaders discussed about the campaigns in the war from 1955 until 1963.

In the middle of the room is a pretty big piano. After many years of using for many different purposes, this place has been degraded. Therefore, in December 2014, Lam Dong People’s Committee restored it. Phase 1 was completed in September 2015.

Walking around 18 hectares of flower garden and pine forest

An impressive and special point that attracts visitors is the 2 rows of old Melaleuca trees and the stone path leading to the palace 1. When visitors come here, they cannot help but admire the scenery. 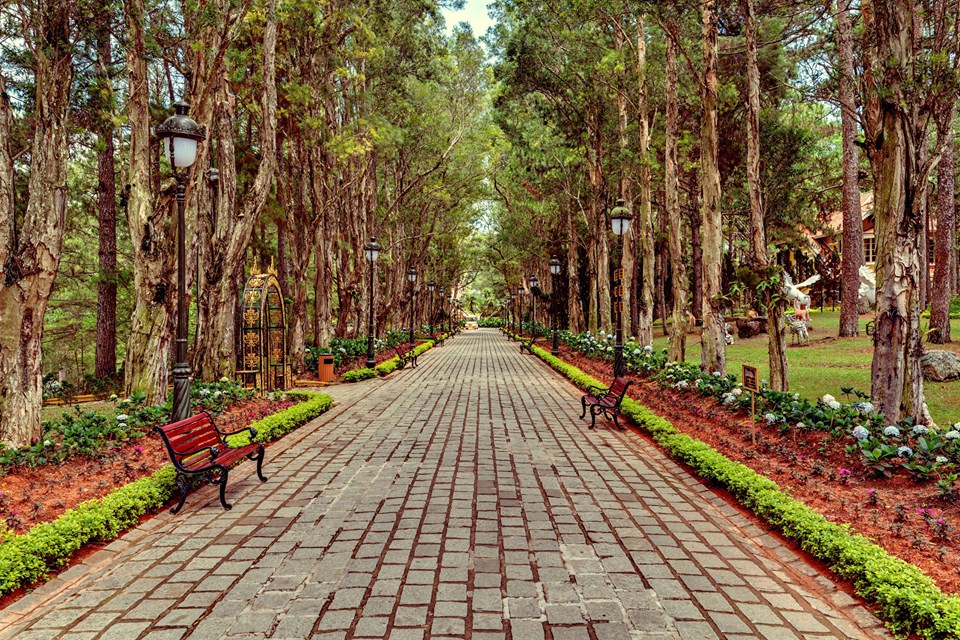 Located in the Palace 1 campus, there are many beautiful miniatures. Like the lanterns path, the giant chessboard, the colorful birdcages, the rainbow staircase, etc.  Also in the mansion there are many different beautiful sort of flowers. Every 100 meters, you will see a bloody flower bed full of beautiful flowers. This place is truly an ideal destination for you and your family.

First floor of the Palace

When visitors enter the first floor of the Palace. In addition to the main lobby area, there are two large living rooms on each side. Behind it are 4 different big and small rooms. In the past these rooms were used as transition room, mailing room, kitchen and bathroom. 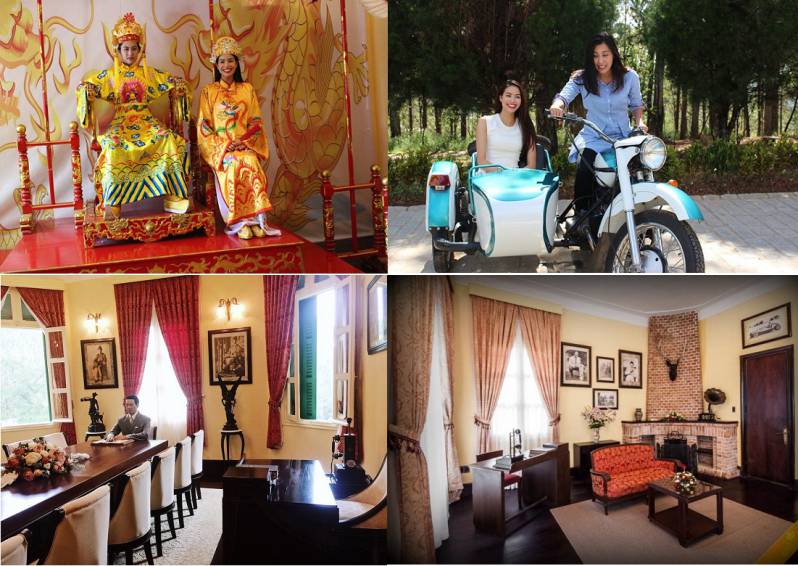 At the end of the first floor is an extremely majestic and magnificent photo room. There is a throne and a golden hammock to serve visitors who want to take photos.

Second floor of the palace

It was not until the time of Ngo Dinh Diem’s ​​administration. He renovated King Bao Dai’s room and dug the secret tunnel here. What makes visitors wonder when coming to this room is the spot of the tunnel. 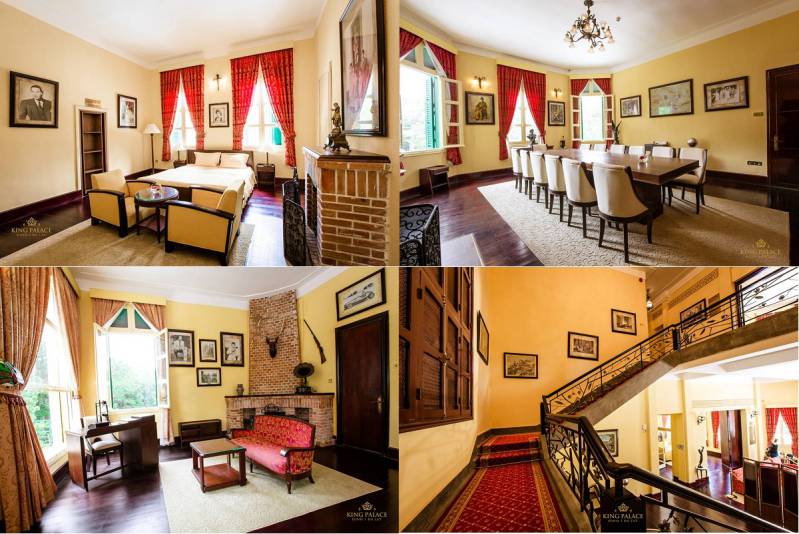 So, the entrance to the secret tunnel was disguised to resemble a bookshelf, on the right of the bed. This exit leads to the helipad located behind the hill of palace 1.

Overwhelmed by the unique military works

When tourists come to visit Palace 1, you will be surprised and amazed by the military zones. In Palace 1, there is a helipad and emergency exit (tunnel). The reinforced doors weigh several hundred kilograms are fitted with bulletproof glass, and the gas depot, etc. 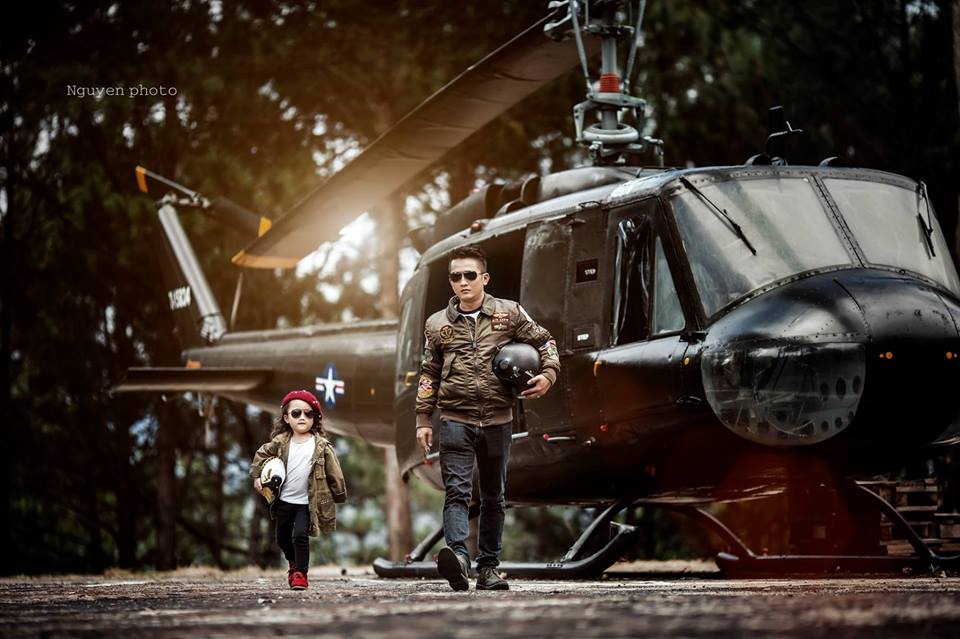 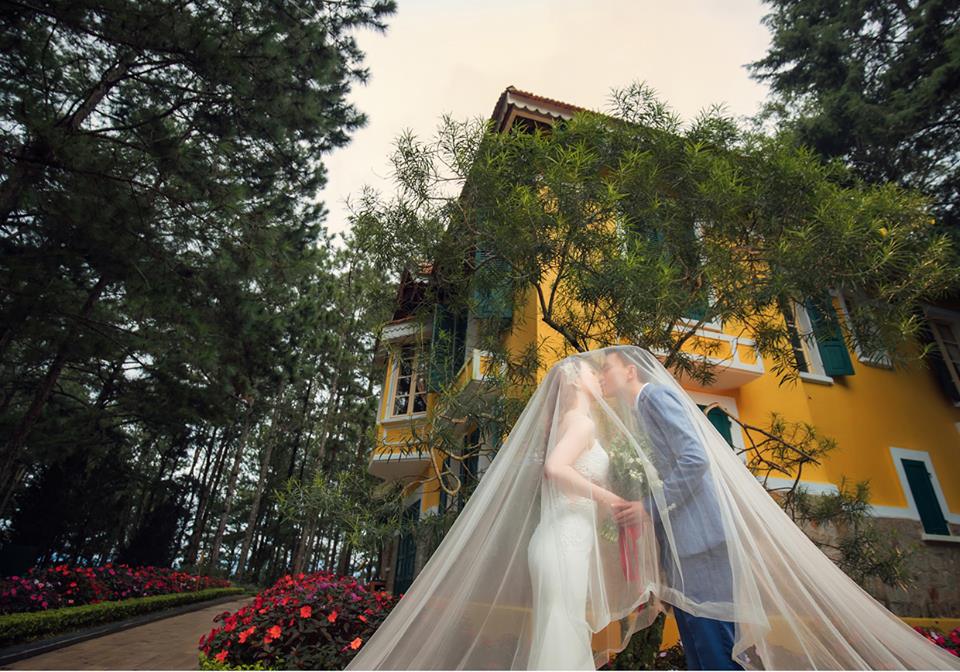 More information about the Palace

Below is the useful informations that visitors need to note when visiting the palace 1:

Up to now, Dalat King Palace 1 has offered 2 different prices for visitors: 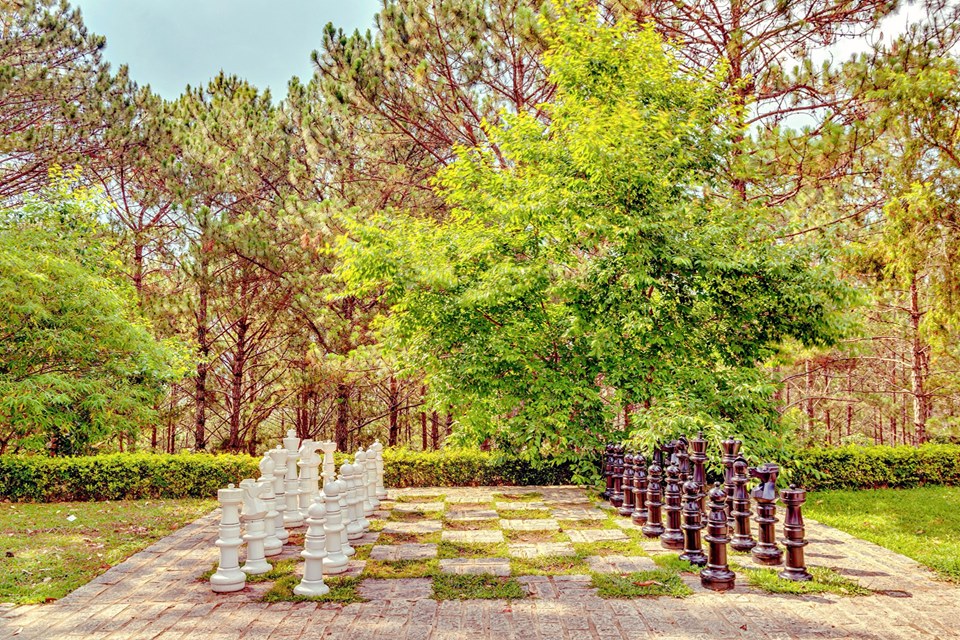 When visitors choose this type of ticket, you will pay 30,000 VND for adult and the ticket price for children is 20,000 VND. With this ticket you can visit all places in Palace 1.

The ticket price is 150,000 VND. You can visit the palace as well as taking photos with horse carriages, horse riding, disguised as a king, archery, golf, disguised as a soldier, taking pictures with wax statues, etc. 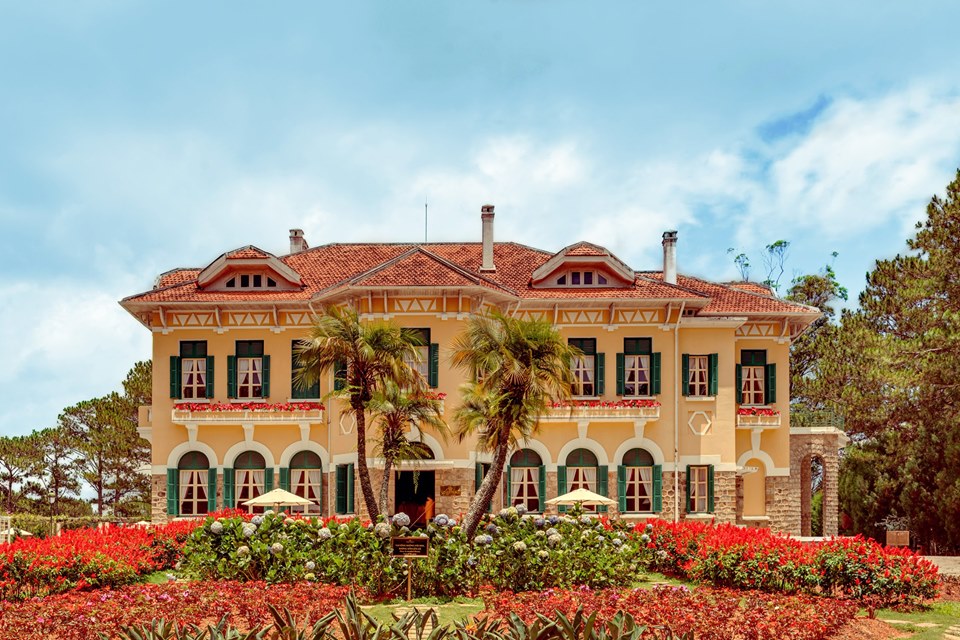 Here are some reviews of visitors about King palace 1 on google: 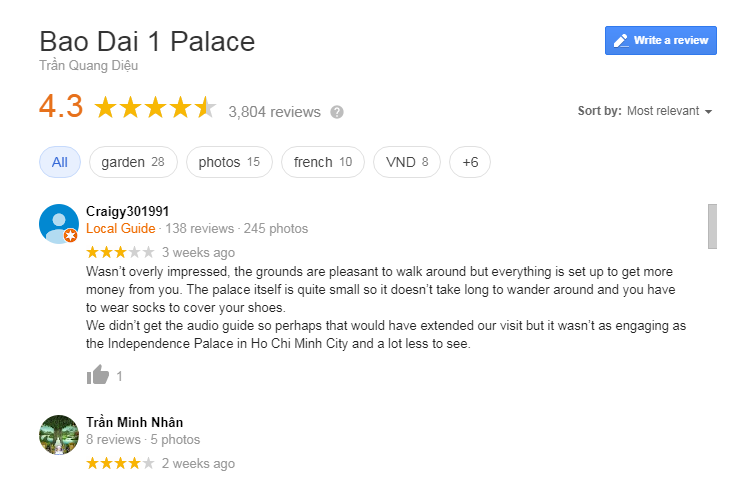 Tourist attractions near the king palace 1

After visit King palace, you can travel to the following tourist attractions:

The images of King palace 1

Below are some images taken by tourists when traveling to King palace: 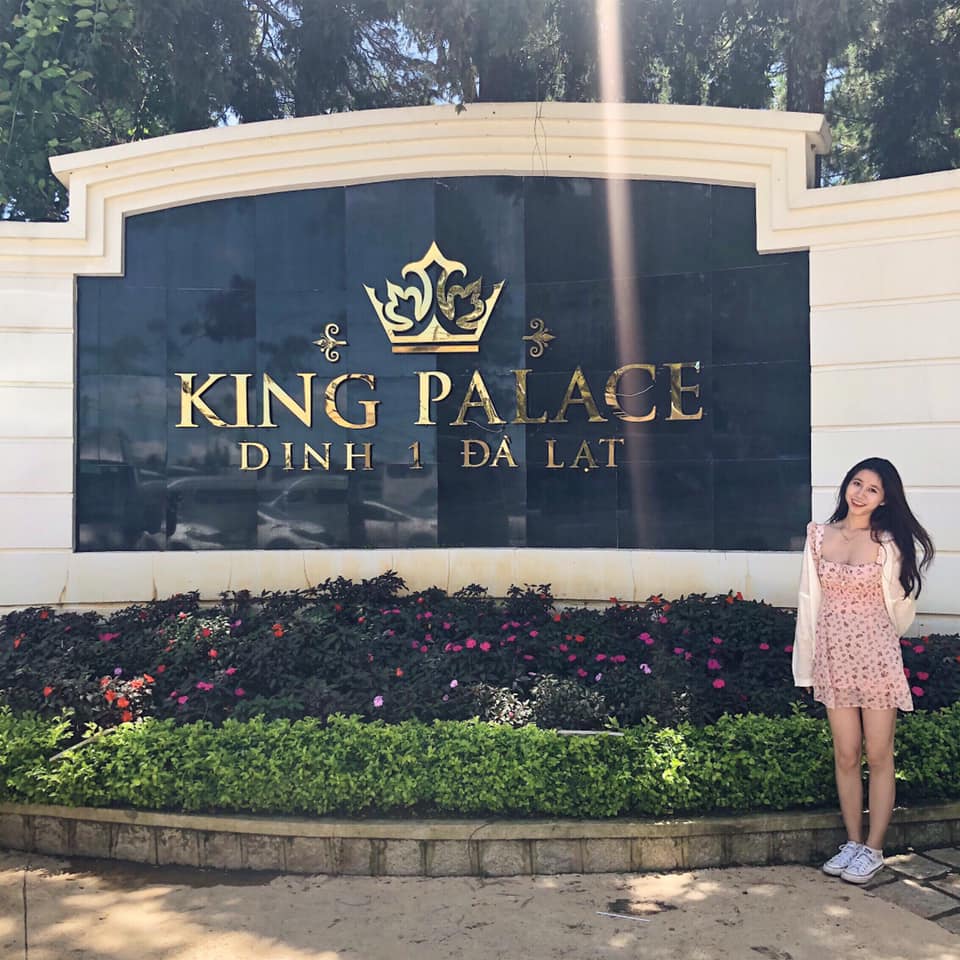 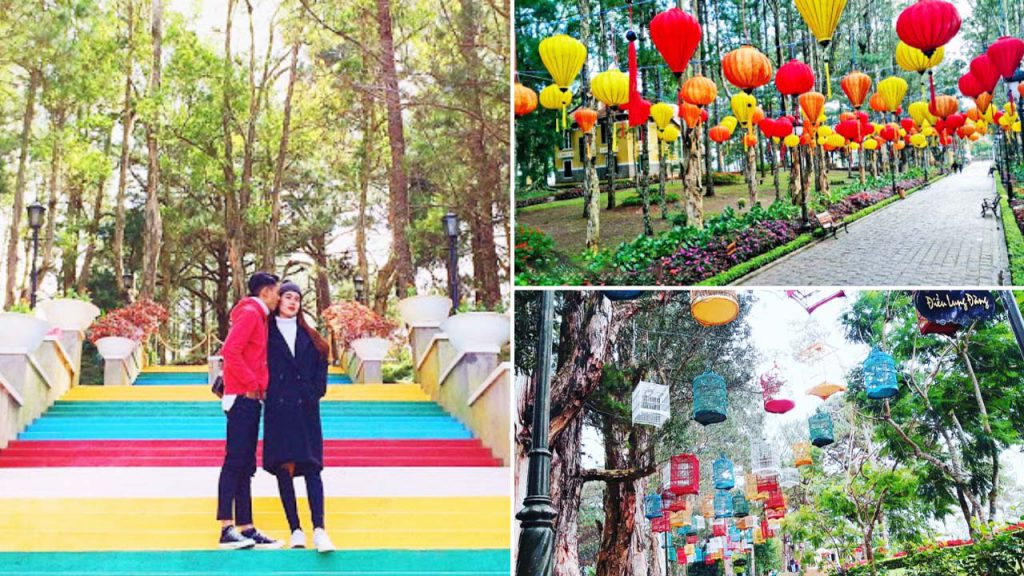 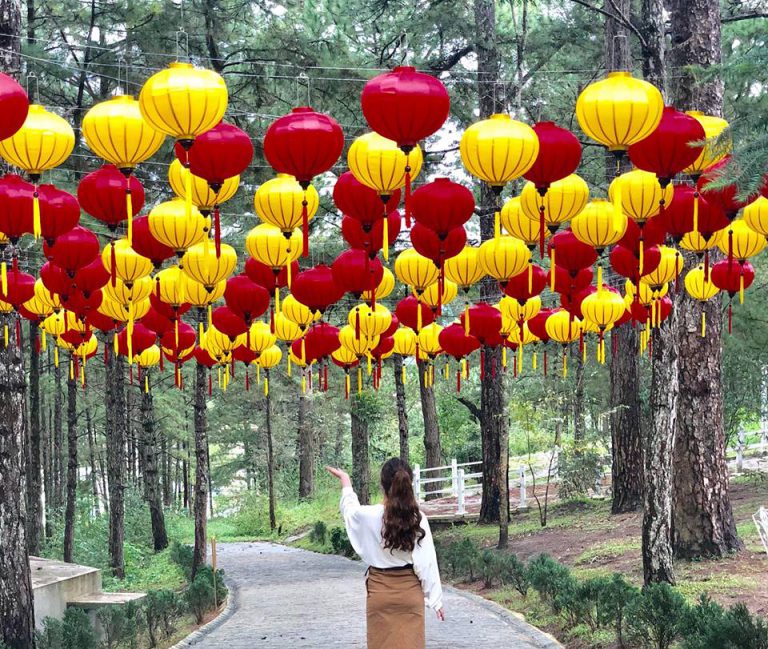 If you like and want to take a tour to visit King Palace 1. Tourists can book the following tour organized by our company Hoa Dalat Travel. This tour costs 450,000 VND / person. You will visit the following tourist attractions: 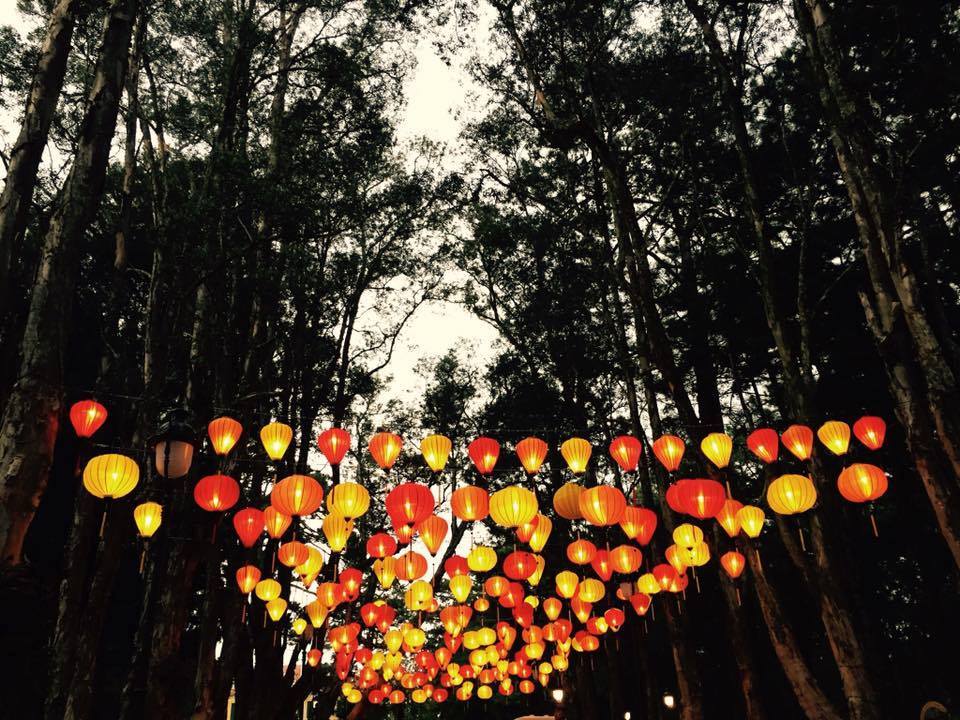 Finally, thank you for your interest in our article about King Palace 1 Dalat. We would like to wish you have a fun and exciting trip to Dalat city.